Oct. 21 — Application performance is given much emphasis in discussions of Exascale computing. A 100-fold increase in sustained performance over today’s applications running on multi-petaflops supercomputing platforms should be the expected target for Exascale systems deployed early next decade.

In this talk we will reflect on what this means in practice and how much these Exascale systems will advance the state of the art. Experience with today’s platforms show that there can be an order of magnitude difference in performance within a given class of numerical methods – depending only on choice of architecture and implementation.

This bears the questions on what our baseline is, over which the performance improvements of Exascale systems will be measured. Furthermore, how close will these Exascale systems bring us to deliver on application goals, such as kilometer scale global climate simulations or high-throughput quantum simulations for materials design?

We will discuss specific examples from meteorology and materials science. 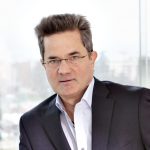 In 2002 he became group leader of the Computational Materials Sciences Group in ORNL’s Computer Science and Mathematics Division, and in 2005 was appointed to lead the Nanomaterials Theory Institute of ORNL’s Center for Nanophase Materials Sciences.

Since October 2008, Dr. Schulthess holds a chair in Computational Physics at ETH Zurich and directs the Swiss National Supercomputing Center (aka CSCS) in Lugano. He currently holds a visiting distinguished scientist appointment at ORNL. His research interests are in condensed matter physics as well as the development of high-end computing systems for simulation-based sciences.

He led the teams that were awarded the 2008 and 2009 ACM Gordon Bell Prizes, and that ran the first productive simulations with sustained petaflop/s performance.

Setting aside the relatively recent rise of electronic signatures, personalized stamps have been a popular form of identification for formal documents in East Asia. These identifiers – easily forged, but culturally ubi Read more…

Making sense of ML performance and benchmark data is an ongoing challenge. In light of last week’s release of the most recent MLPerf (v1.1) inference results, now is perhaps a good time to review how valuable (or not) Read more…

Researchers are urgently trying to identify possible materials to replace silicon-based semiconductors. The processing power in modern computers continues to increase even as the size of the silicon on which components a Read more…

The Case for an Edge-Driven Future for Supercomputing

“Exascale only becomes valuable when it’s creating and using data that we care about,” said Pete Beckman, co-director of the Northwestern-Argonne Institute of Science and Engineering (NAISE), at the most recent HPC Read more…

As Moore’s law slows, HPC developers are increasingly looking for speed gains in specialized code and specialized hardware – but this specialization, in turn, can make testing and deploying code trickier than ever. Now, researchers from Texas A&M University, the University of Illinois at Urbana... Read more…

Running HPC workloads, like computational fluid dynamics (CFD), molecular dynamics, or weather forecasting typically involves a lot of moving parts. You need a hundreds or thousands of compute cores, a job scheduler for keeping them fed, a shared file system that’s tuned for throughput or IOPS (or both), loads of libraries, a fast network, and a head node to make sense of all this. Read more…

Researchers are urgently trying to identify possible materials to replace silicon-based semiconductors. The processing power in modern computers continues to in Read more…

The Case for an Edge-Driven Future for Supercomputing

“Exascale only becomes valuable when it’s creating and using data that we care about,” said Pete Beckman, co-director of the Northwestern-Argonne Institut Read more…

As Moore’s law slows, HPC developers are increasingly looking for speed gains in specialized code and specialized hardware – but this specialization, in turn, can make testing and deploying code trickier than ever. Now, researchers from Texas A&M University, the University of Illinois at Urbana... Read more…

Asetek Announces It Is Exiting HPC to Protect Future Profitability

Liquid cooling specialist Asetek, well-known in HPC circles for its direct-to-chip cooling technology that is inside some of the fastest supercomputers in the world, announced today that it is exiting the HPC space amid multiple supply chain issues related to the pandemic. Although pandemic supply chain... Read more…

Adenosine triphosphate (ATP) is a compound used to funnel energy from mitochondria to other parts of the cell, enabling energy-driven functions like muscle contractions. For ATP to flow, though, the interaction between the hexokinase-II (HKII) enzyme and the proteins found in a specific channel on the mitochondria’s outer membrane. Now, simulations conducted on supercomputers at the Texas Advanced Computing Center (TACC) have simulated... Read more…

Why HPC Storage Matters More Now Than Ever: Analyst Q&A

Two months ago, Tesla revealed a massive GPU cluster that it said was “roughly the number five supercomputer in the world,” and which was just a precursor to Tesla’s real supercomputing moonshot: the long-rumored, little-detailed Dojo system. “We’ve been scaling our neural network training compute dramatically over the last few years,” said Milan Kovac, Tesla’s director of autopilot engineering. Read more…

Esperanto, Silicon in Hand, Champions the Efficiency of Its 1,092-Core RISC-V Chip

Esperanto Technologies made waves last December when it announced ET-SoC-1, a new RISC-V-based chip aimed at machine learning that packed nearly 1,100 cores onto a package small enough to fit six times over on a single PCIe card. Now, Esperanto is back, silicon in-hand and taking aim... Read more…

Intel reported in a blog this week that its adoption of the open source LLVM architecture for Intel’s C/C++ compiler is complete. The transition is part of In Read more…

Hot Chips: Here Come the DPUs and IPUs from Arm, Nvidia and Intel

In the heated, oft-contentious, government IT space, HPE has won a massive $2 billion contract to provide HPC and AI services to the United States’ National Security Agency (NSA). Following on the heels of the now-canceled $10 billion JEDI contract (reissued as JWCC) and a $10 billion... Read more…

What's a preeminent chip company to do when its process node technology lags the competition by (roughly) one generation, but outmoded naming conventions make it seem like it's two nodes behind? For Intel, the response was to change how it refers to its nodes with the aim of better reflecting its positioning within the leadership semiconductor manufacturing space. Intel revealed its new node nomenclature, and... Read more…